Get ready for an amazing day full of fascinating stories and discover the many contrasts of Bucharest.
Discover well-known historical landmarks as well as hidden gems from the center of Bucharest.

See the most representative sights in Bucharest

Stop by the second largest administrative building in the world, the Palace of the Parliament

Private tour – only you and your friends or family

A Romanian pastry, a cake and water for each participant

Additional food and drink other than already specified

The tour starts in front of the most iconic building in Bucharest, The Romanian Athenaeum.
This marvelous neoclassical concert hall is surrounded by other splendid constructions: the Royal Palace, the University Library, the Athenee Palace Hotel.

Next up, you will hear captivating stories about kings and the world wars in the shadow of King Carol’s statue.
In contrast to these structures from the royal period stands the Revolution Square.
Here you’ll find the former headquarters of the Communist Party.

Besides this, in the square you will discover the life story of the infamous dictator Nicolae Ceaușescu. But most importantly, you will get a glimpse into the communist oppression in Romania and the first live streamed revolution in the world.
The tour continues along the oldest street in the city – Calea Victoriei.

The bourgeois life of the interwar Bucharest flourished here with Belle Epoque hotels and Art Deco wonders: Grand Hotel Continental, the Telephone Palace and the Military Club.
Afterwards, we will walk on the quaint cobblestone streets of the Old Town. Medieval Oriental inns, small 19th century merchant houses and imposing palaces await you here with many great tales.

During the Old Town walk, you’ll also see the essential sights from this famous quarter in Bucharest.
For example: the History Museum, the CEC Palace, Manuc’s Inn, the Macca Villacrosse Passage and the Roman Wolf Statue.
In the second half of the tour, we head to the 17th century Patriarchal Cathedral, the religious center of Romania and a place of tranquility.

At the end, you will stop in front of the largest administrative building in Europe – the Palace of the Parliament.
As a monumental construction made by the megalomaniac dictator Ceausescu, the construction of this palace led to the destruction of entire neighborhoods during the 1980’s.
However, behind the Communist construction you will visit a hidden gem of Bucharest, with an unbelievable story, where our tour will end.

Dear guests!
Our policy is to offer the best quality tours at the most competitive prices

For groups bigger than 8 people, please contact us for a personalized offer 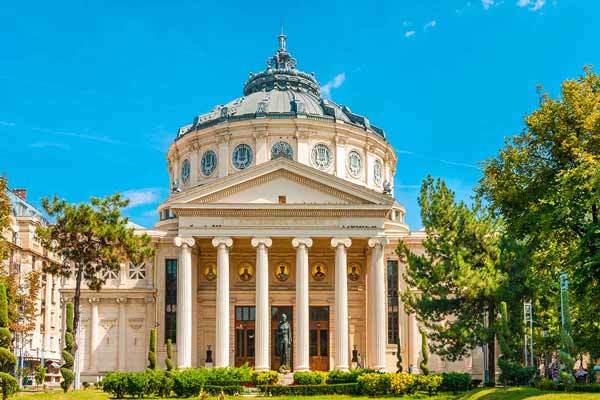